In order to give you a better service we use cookies. By continuing to browse the site you are agreeing to our use of cookies.

The Hotel am Kornmarkt breathes historical hospitality and a golden age as the hotel with a long history in Bregenz. Until very recently this distinction was held by the Hotel Krone on Leutbuehl, which provided bed and board to a delegation from the Venetian Republic in 1492. But since this establishment closed down a few years ago, the "Gruner Messner", with a hotel tradition dating back more than 400 years, is now the oldest inn in the city of Bregenz. 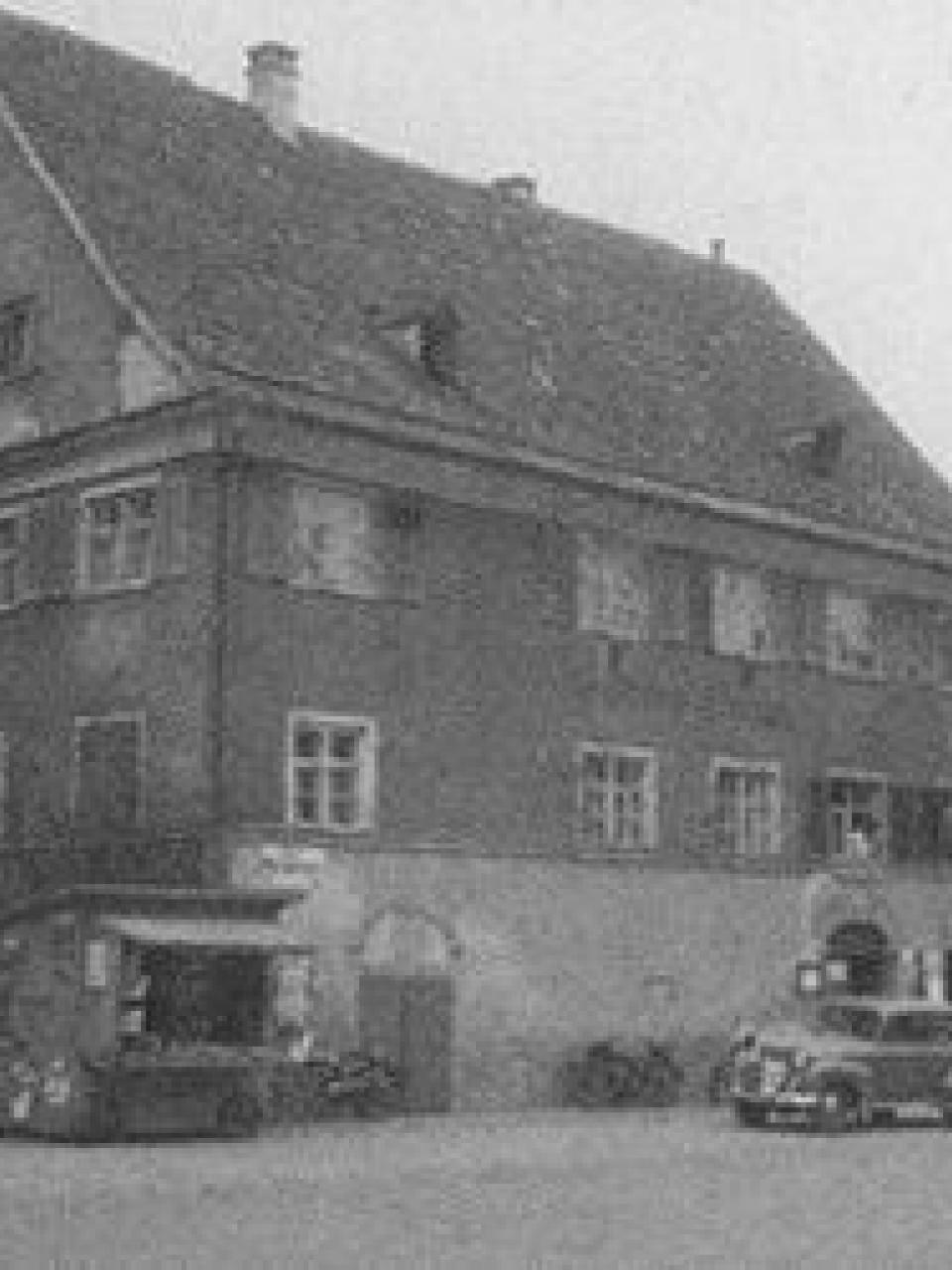 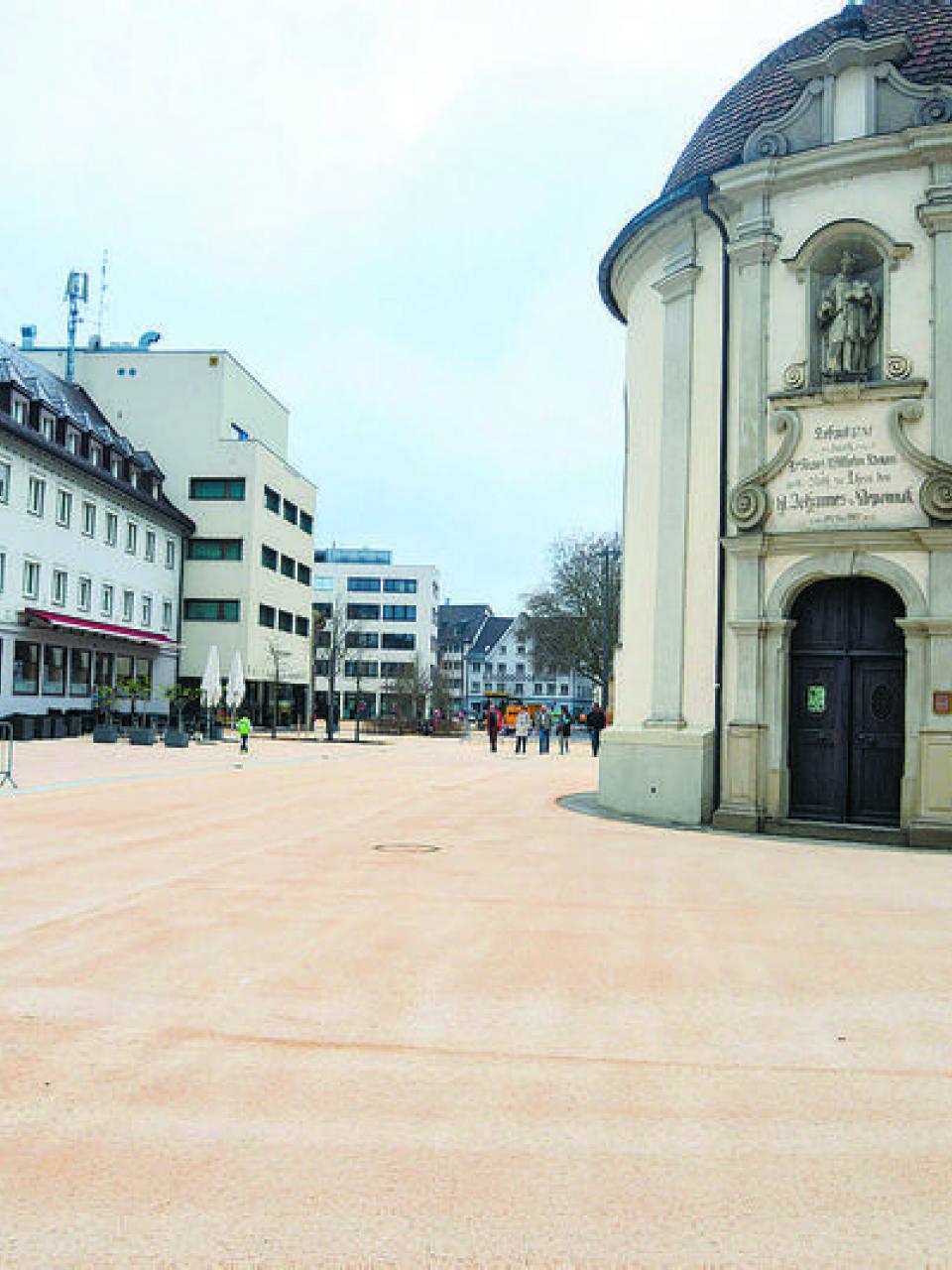 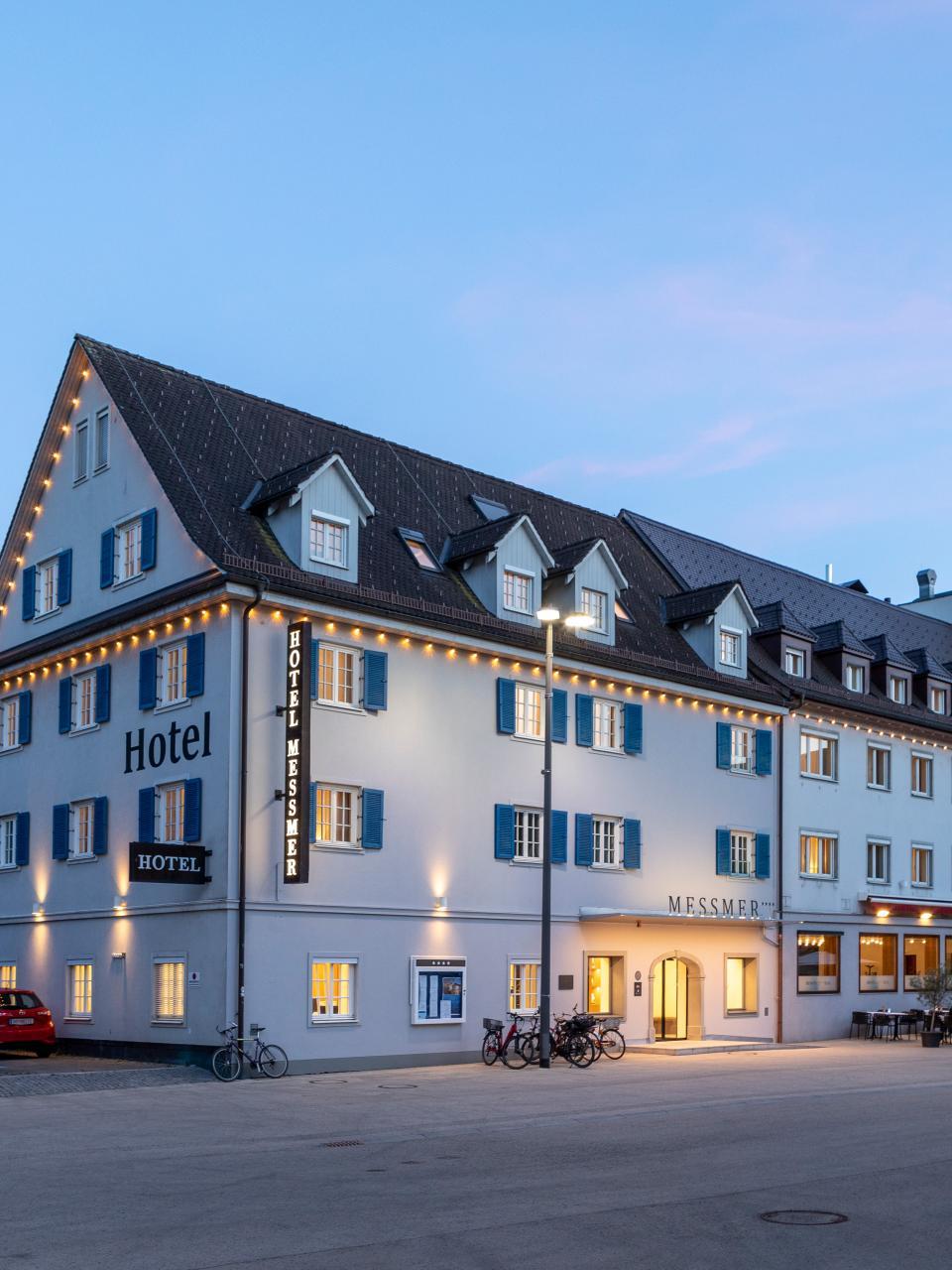 The existence of a farmstead on this site can be traced back to the year 1390, when it was one of two feudal tenures on the Vatzenwasen, also known as the "Sehuserlehen", or lake house tenure. One of the conditions of tenancy obligated the holders to ferry the earl across the lake when required. The farmstead of that bygone era was situated directly on the town boundary, next to the so-called Stede, or harbour of Bregenz. Its owners were shipping and timber merchants who paid hefty taxes, according to 16th century revenue records.

In 1570 Jakob Hälin was the first of a series of owners who was not only involved with shipping and timber, but also worked as the landlord of an inn. Thanks to his negotiating ability in his role as town councillor, in the year 1579 Bregenz was able to free itself from the last remaining bonds of feudalism. It was also during his time in office that the town received the greatest endowment of its history. It was a namesake of Hälin, Jakob Eimer from Langen bei Bregenz, bishop of Ascalon, and suffragan bishop and canon of Konstanz, who bequeathed the town a considerable sum of money for the foundation of a number of haritable institutions. Among these were the estates of Blattach and Waldungen, parts of which are still owned by the town of Bregenz to this day.

A picture in the parish church of St. Gallus shows town councillor Jakob Hälin and canon Jakob Eimer at the handover of the endowment in 1574. In spite of the existence of a civilised, even cordial relationship between the two towns, especially in the wake of the great fire of Bregenz in 1581, the Catholic citizens of Bregenz and the Lutherian townsfolk of Lindau still frequently rubbed each other up the wrong way. In the light of these rivalries, the story comes down to us of a guest who had drunk a few too many and was fortified with Dutch courage. On 9th May 1594 six "burghers or craftsmen" from Lindau visited the Bregenz Maytide annual market. Late in the evening they went to the inn owned by old-town magistrate and council chairman Jakob Hälin (Mesmer) for a nightcap. They were duly served and, after they had left, the following sarcastic lines were found written across the doors in chalk:

On the death of the energetic town councillor Jakob Hälin in 1605, the inn passed into the hands of his heirs. These in turn sold it to "Sir Georg Christoph von Weitlingen, of the Order of the Knights of St. John's Grand-Bailey in Teutonic Lands, Count of Würzburg etc." After his death it passed to his wife Elisabetha and son Georg. According to the deed of purchase dated 24th March 1619, the house then passed to Juncker Marguart Christoph von Buebenhofen for 1800 Guilders. The estate consisted of "house, farmstead, silos, barns, herb garden, as well as the village water pipe, all together as one item".

On Matthäus Merian's town map of 1643, the inn is shown as being situated amongst lime kilns and timber yards in direct proximity to the Stede, or harbour. Thanks to its position on the main thoroughfare into town, and in the middle of an industrial area where the men were obliged to work hard and thus get very hot and sweaty, it is easy to explain the inn's centuries-long tradition of economic prosperity. With the founding of the Bregenz corn market around 1650 on the Vatzenwasen (the present day Corn Market Square and Corn Market Street) it was logical that the thirsty gullets of the corn transporters and traders should lead to a vast consumption of wine and beer, and this is reflected clearly in the tax contribution records paid by the owners of the inn at that time.

Andreas Wilhelm von Aichbeckh, who had taken over the house around 1730 from his father Georg Wilhelm von Aichbeckh, owned a vineyard in upper Weidach, as well as 113 shares in a wine-press, which was situated in the vineyard. His ownership of "1 1/2 Holzmälern", a timber yard with a wooden storehouse and "1/2 1 lädi gerechtigkeit" shows him to be an active landlord, timberman and shipping merchant, who was able to take full advantage of the house's excellent position.

The ownership was then transferred via his widow to their son Franz von Eichbek, the town councillor of Weingarten. He appears to have remained in the same occupation of councillor, and sold the estate in 1770 to Fidel Reiner the elder. From the tax declaration of 1796 it is safe to assume that he was an extremely wealthy man. As well as agricultural land in the Bitzelwies and in Flotzbach, he paid tax on a "1 1/8 Juchart" area of vineyards on the Klausberg and 15,000 guilders worth of cash, the total value of which was approximately equal to that of 10 well-built town houses. After his death in 1798, the estate passed into the hands of his son and namesake Fidel, who was born in 1767. At this point we have the first mention of a cider press, for which in 1802 he paid a total tax of 12 kreuzers. It appears to be his sensible decision that a good drop of wine or cider should be accompanied by a good hunk of bread. We have evidence of his advertising the inn ("house no. 186", situated on present-day Church Street), jointly with the „Bäckerpfisterey“, or local bakery!

His son Ferdinand (born 1799) followed in the footsteps of his forefathers, taking possession of the estate and licensing rights in the year 1832. After his death he was succeded for a short time by his son Eduard (born 1837) and subsequently by his daughter Maria Anna Adelheid (1842-1913). She took over the inn together with her husband, the Church Street book-binder Gustav Adolf Gruner (1844-1905), whom she had married in 1874. This book-binder turned landlord was the one responsible for the inn's attractive name, "Gruner“ (green) or "Gruner's Beer Garden“, a title destined to remain for a hundred years.

In 1875 the couple had a daughter, christened Anna Maria after her grandmother. After the death of her mother in 1913 she, together with her sister Klara, managed "Gasthof Gruner" through some extremely difficult times. She was one of the best-known landladies in Bregenz, and was so dedicated to the well-being of her guests that she never found time to marry. In 1949 the Vorarlberg Association of Hoteliers gave her a certificate of official recognition for her 56 years in the industry. She died in 1959 at a ripe old age. In the meantime in 1948, after 150 years of family tradition under Reiner Gruner's heirs, the inn passed into the ownership of Herrn Georg Messmer and Frau Agnes, (nee Riedesser). Thanks to his extensive experience and extrordinary ability he and his family were able, through the addition of a new wing and by alterations to the existing building, to develop the inn into a well-respected hotel with 100 beds and a very popular restaurant. The hotel's shady garden proved especially popular with guests, providing an oasis of tranquillity, especially at Festival time. The hotel remained under the management of his daughter, Paula, until it was sold in 1989.

After a six month period of alterations and renovation work, the hotel reopened in 1990 under new management. A lot of people were amazed by the speed of the renovations, and had been prepared to bet that the target date of May 1990 would not be met. This latest chapter in the 400 year-old history of Bregenz's oldest existing hotel is now also complete. Not only does the hotel now have a new sparkle, it also offers a number of new facilities and creature comforts, such as a bright new conservatory, appealing seminar and conference rooms seminar and conference rooms and an underground garage. In addition, a large number of the rooms have been completely refurbished and redesigned.

But the hotel's long tradition has not been forgotten. The venerable old "Weinstube" or wine bar, which for centuries has constituted the living heart of the inn, has been preserved unchanged in its original form.

In the autumn the hotel was taken over by the Company Messmer Hotel am Kornmarkt Ges.m.b.H. & CO KG, who bought the hotel and its grounds from Frau Paula Falschlunger. Partners in the Company are the well-known local figure Josef Fitz and his wife Annemarie, and Herr Jürgen Haim, who has taken on the role of Company Director.

Thanks to its team of dynamic young workers, the hotel has enjoyed the benefit of a number of great new ideas, and is now ready to welcome what we hope will be a large number of guests. Our menu and buffet selection offer a huge range of tasty specialities, guaranteeing our guests a comprehensive selection of gourmet food for every occasion. Beautifully furnished rooms with state-of-the-art facilities await guests from all corners of the world. Four versatile top-class seminar rooms are available for business guests from all walks of life, both from Austria and internationally.

There is little doubt that the Messmer Hotel am Kornmarkt will continue its successful centuries-old tradition of hospitality.

Numerous well-known guests have frequented the inn over past years (even centuries!) to enjoy its welcoming hospitality. The first of these whose name has passed down to us was Barthlome Weller from Lindau in the 16th century. After him came Alois Negrelli (Wikipedia), who went down in history as the great engineer and architect of the Suez Canal, and who stayed in the inn during the period 1829-1832. And naturally there are the countless operatic stars of stage and screen who pop into the nearby "Messmer" to relax after a performance at the Bregenz Festival. Even if the old walls are (sadly) no more, having been demolished to make way for the new building, the inn on the Corn Market still exudes an aura of timeless hospitality!